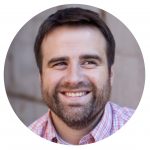 Recently, Khuram Malik, a marketing strategist, wrote a blistering takedown of WordPress. He basically called it a relic, an unwieldy clunker, vulnerable to competition once people realized it sucked.

Chris Lema, an authority in the WordPress community and someone whose blog I read each week, responded, defending WordPress.

Both posts resonated with me. As in all matters complex, I think they are both correct in their own ways.

If I had to bet, Khuram is not the brilliant technologist Chris is. If he were, he would be able to easily solve many of the WordPress problems that he is complaining about. Don’t get me wrong: he may brilliant at some things, but likely not with software. If he can’t get WooCommerce to work, and WooCommerce is Forbes’s number one choice for self-hosted eCommerce, what’s the deal? Khuram is likely wanting the simplicity of a platform, and is willing to trade functionality and complexity (particularly in the future) for something that “just works”—assuming he picks the right tool. I sympathize with this.

Who Changes Their Own Oil Anymore?

WordPress does not “just work” for most people, simply because most people want to research themes, plugins, and security about as much as they want to change their own oil or do their own taxes. And since WordPress can do nearly anything, it is, by definition, complex. People are afraid of complexity.

Tension and Settling the West

The pull between simplicity and complexity is a real issue that likely can’t be fixed through a new CMS with a better back-end. That’s not what people care about. The issue is settling the Wild West that is WordPress, which holds countless themes and plugins that are, essentially, a rabbit hole for the average person. The reality of this is that platforms need to be developed for specific purposes to harness WordPress’s ecosystem: platforms for people that need complexity, platforms for people that want simplicity, and everything in between—all priced for the value provided. This may mean that some platforms have a freemium model, while others are quite expensive. That way, people have the flexibility to move, because they own their site. WordPress can’t continue to be everything for everyone unless platforms are developed and marketed separately.

So, I agree with Chris in that tools like Rainmaker (and Evermore) are stepping into to address this problem.

However, I also agree with Khuram when he says that if you choose the right tool, you essentially don’t have to change your own oil, which brings me to my next point.

WordPress may be growing, but it is still vulnerable. When Cliff ran his idea for Evermore by me, I instantly knew he was onto something. WordPress needs curators. WordPress needs to increasingly operate as a platform. Theme companies oversell and underdeliver, given today’s expectation that things should “just work,” and the proliferation of freemium models.

I can’t say this for sure without data, but my gut tells me that a large reason that WordPress continues to grow is because mere mortals such as myself know who the tinkerers are and ask them, “Hey, what should I use for my site?” They respond, “Definitely use WordPress.” That’s how I got into WordPress myself!

But, what happens when that off-the-cuff answer changes to Squarespace, for instance? I recently witnessed this and it confirmed my suspicion that people won’t do the research, and will listen to whomever is confident and/or has the best-looking site. For this very reason, Evermore may lose a potential customer to Squarespace—even when it’s a better solution—unless we can demonstrate that we offer the functionality needed as a business grows. Meanwhile, Squarespace can easily add functionality for those future needs later on for more money while keeping a lifelong annuity customer. This can be bad news for WordPress.

Growing at the Fringes

Chris Lema often says that WordPress is growing at the fringes. I agree! We recently launched a new Evermore site for a woman who had never heard of WordPress. She loves it! It achieves all of her goals. However, she doesn’t care about WordPress beyond knowing it powers her site.

It’s important to note that she had more complex needs, and she was willing to pay. So, let’s think about this for a moment: as technology costs come down, and people can get a pretty nice free blog to “express themselves” from any number of options, WordPress’s value is in its functionality and ability to handle complex scenarios. WordPress is naturally moving up the value chain. WordPress.com just started a business service, because WordPress is well suited for small business now. Basic blogging is free.

Moving Up the Value Chain

The other day, I had a friend of mine come up to me and say, “Bowman, you’re a web guy, I need a website.” She already had WordPress, but her friend that set it up wasn’t reliable, and she absolutely had zero time to figure out a website. She was clueless, which is just fine, because she needs to focus on her interior design business. She was stressed. The look in her eyes told me she was just looking for me to tell her what to do, and was placing complete trust in me.

I pointed her to Squarespace, even though I could have suggested Evermore or just paying me to manage her self-hosted WordPress site.

WordPress excels at offering robust functionality, which she didn’t need. Her money would be best spent investing in high-end photography for her design work.

This is why Squarespace goes after the artists, which in turn gets them more business: when people look at an amazing image, what do they say?

Do they say, “Your photo looks great?”
Nope. They say, “I love your site.”

Just like that, Squarespace = amazing sites in the minds of people who don’t know any better, because it’s not their “thing.”

However, Squarespace is limited in functionality (for now). The value that WordPress offers is much more than blogging and presenting pretty pictures. The amount of time it takes to setup and host a WordPress blog and show pretty pictures is increasingly becoming not worth it for the average person, but it’s not because WordPress is inherently complicated. There are simply too many choices.

It is the potential functionality and ownership of content that are the selling points for WordPress. But, what Khuram is saying is that no one is going to bat to ensure a flawless experience adopting and implementing all this functionality. Like I said earlier, Chris responded with the Rainmaker platform, and there are very few tools offering non-tinkerers a flawless experience with WordPress. Rather, most people have to know someone or pay up.

WordPress must continue to move up the value chain, and shed its “free” persona.

Themes have to look beautiful. Period. Squarespace is building an empire on artists and freelancers, so this should be no surprise. Their own websites end up being great marketing for them, because they populate minimalist themes with beautiful images and—voilà—you have a gorgeous website. Wix and Weebly are catching on as well. Beautiful design is the baseline.

You simply cannot underestimate the power of community. The WordPress community alone can power growth and success well into the future. Community is WordPress’s “moat”, as Warren Buffet would say. People believe that WordPress makes the world a better place, and that is a powerful thing.

With Squarespace, Wix, and these other builders, no one is calculating their ROI on a free or $8/month plan. Guaranteed, people will increasingly do this with WordPress, taking into consideration their time and money. Those aforementioned sites are glorified online business cards, which is fine for many. WordPress is becoming less useful for this market. Sure, Chris Lema mentioned he was able to build an amazing looking site without coding, but what he doesn’t mention is that it may be because he paid in years of experience. What about the newbie guy who is overwhelmed by the deluge of options? Everyone else has to pay with a significant time investment or financial investment unless someone curates the functionality for them. For the average person, merely making a decision is nearly impossible as the tools, themes, and plugins for sale continue to grow exponentially every day.

If WordPress allows infinite options, to do anything well affordably (affordability is the key), scalable platforms are required to reign in the options and curate a flawless experience. Khuram may be right. Other tools may be easier and less hassle. Specialized WordPress platforms are the answer to this. However, as a community, we need to commit to our values and not lock people into a proprietary platform.

Khuram didn’t mention one of the most important parts of all of this, which is another reason Chris is right. Ownership always matters. Very few people want to be life long renters, because it limits your options. You can’t knock out that wall and open up your kitchen, can you? This is why Evermore was developed. It’s a perfect hybrid. Yet, it’s not as affordable as a simple drag-and-drop site builder because we’re moving up the value chain, which brings me to my next point.

Cliff and I say Evermore’s market is the producers. I think it may be the same for WordPress in general in the future. It’s the hustlers who want to focus on their business, but still need horsepower. These are people who have a vision for their business and want a tool with the flexibility to get them there. It is for people that are serious about their career or business. What started out as a blogging tool is increasingly becoming a business asset and businesses can’t afford to tinker or waste money (particularly small businesses). This is a much different type of thinking than the old WordPress that originally helped people express themselves for free. That’s now the realm of Tumblr or Medium or Svbtle. I am passionate about Evermore because it helps propel small businesses—the hustlers.

I read nearly all of Chris Lema’s posts. I want Chris to be right. Chris needs to be right and, on the balance, he is more right than Khuram. The world is better with WordPress. So, here’s to the platforms that make WordPress a wonderful experience for the mere mortals who just want to do what they do, and sell what they sell, and go home without losing the freedom of open source.